After DCE requested this picture of the European Honey buzzard chick (Pernis apivorus) as cover photo for the 2015 NOVANA report on monitoring of birds, I revisited my archives for a reediting. In summer 2013 the Honey buzzards were nesting in a tall conifer in a clearing of an abandoned cable street in our nearby forest in Sweden. The two newly hatched white chicks were observed first time on July 7 and last time I visited the nest with the large immature birds was on August 10. The pictures are heavily cropped and were unfortunately captured in reduced JPG-format.

The distribution of the Honey buzzard as breeding bird in Denmark seems stable since last monitoring in 2008 (approx 650 pairs) .  Link to the report 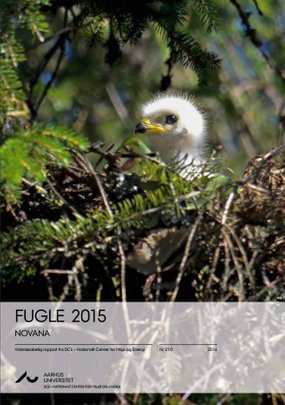 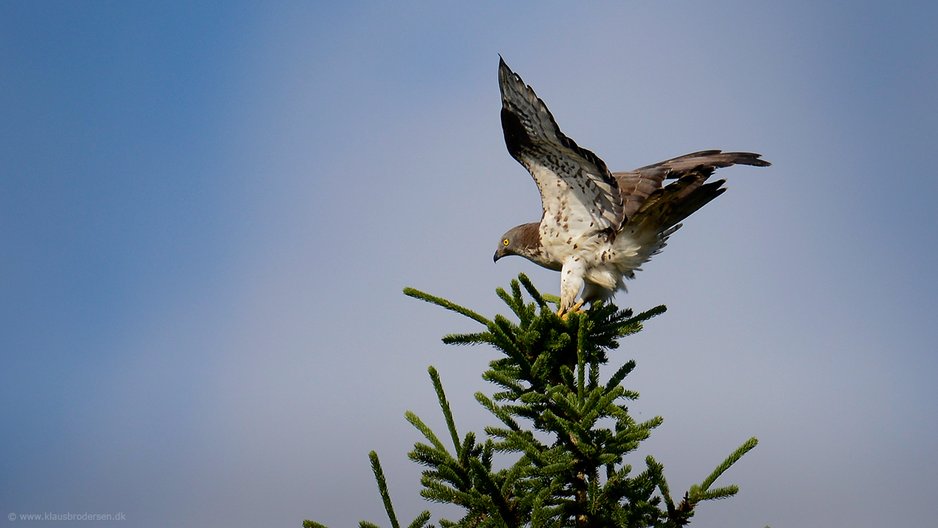 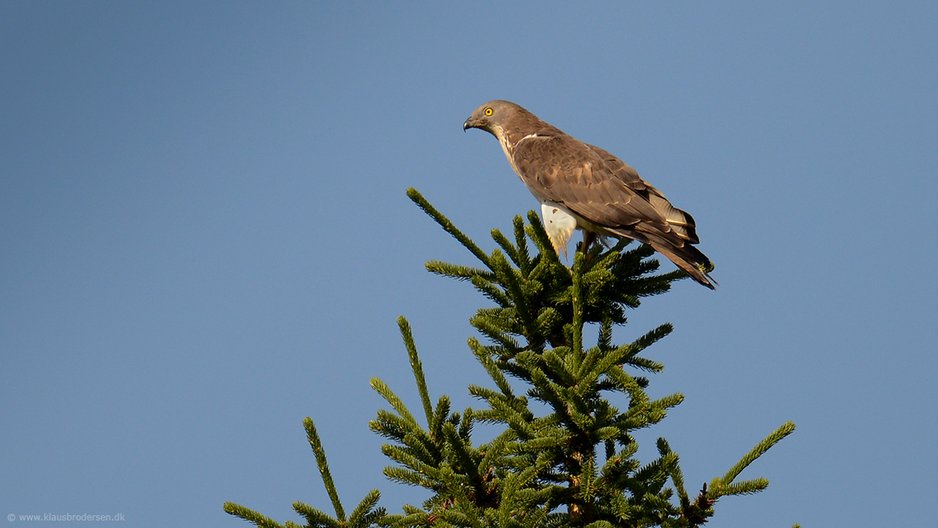 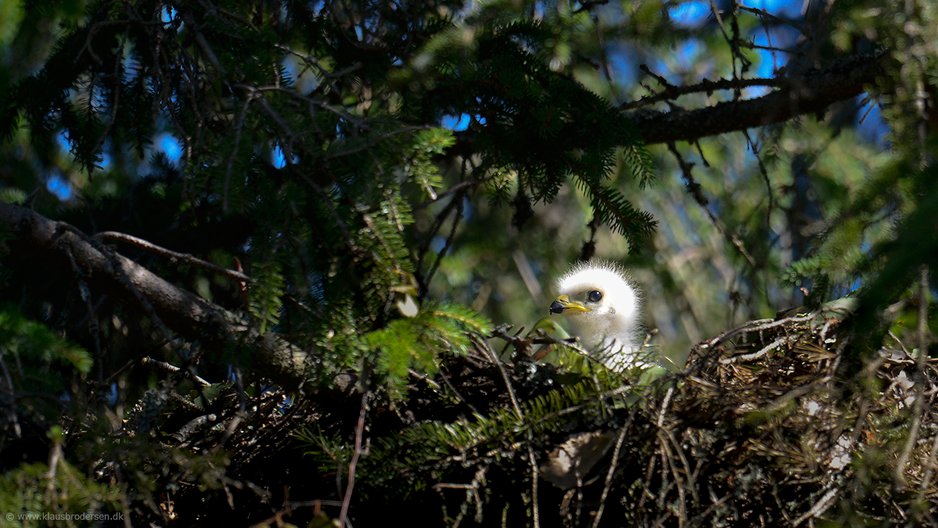 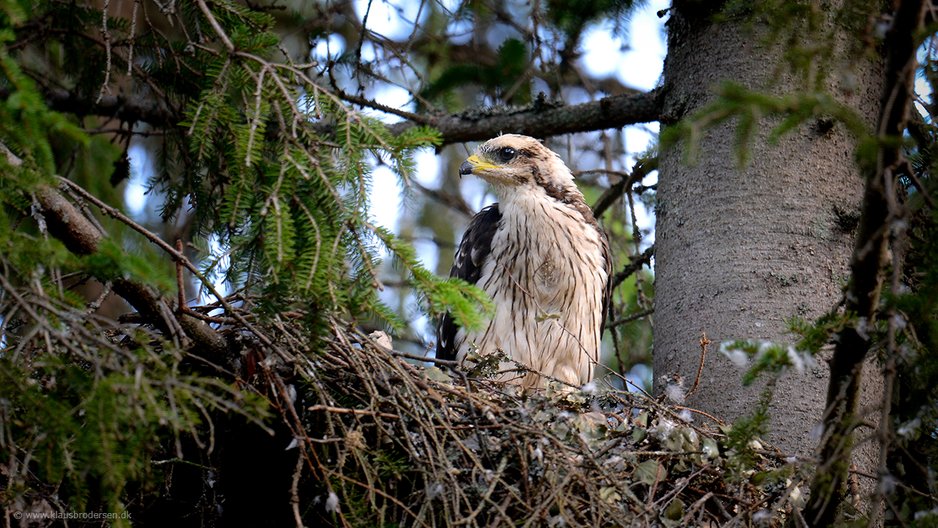 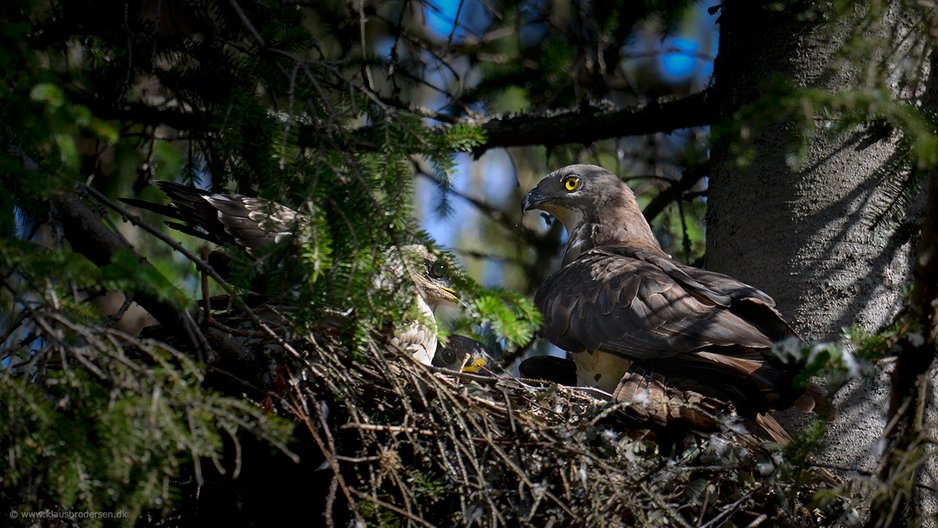 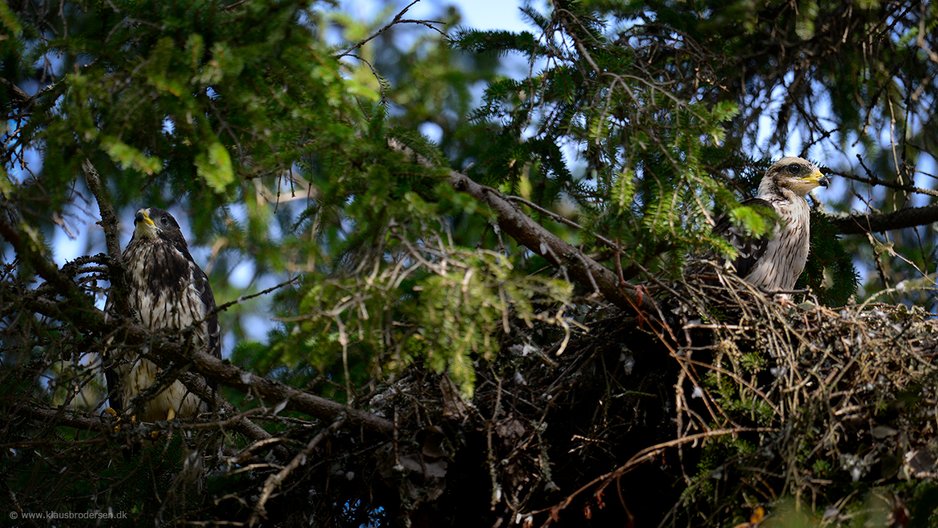 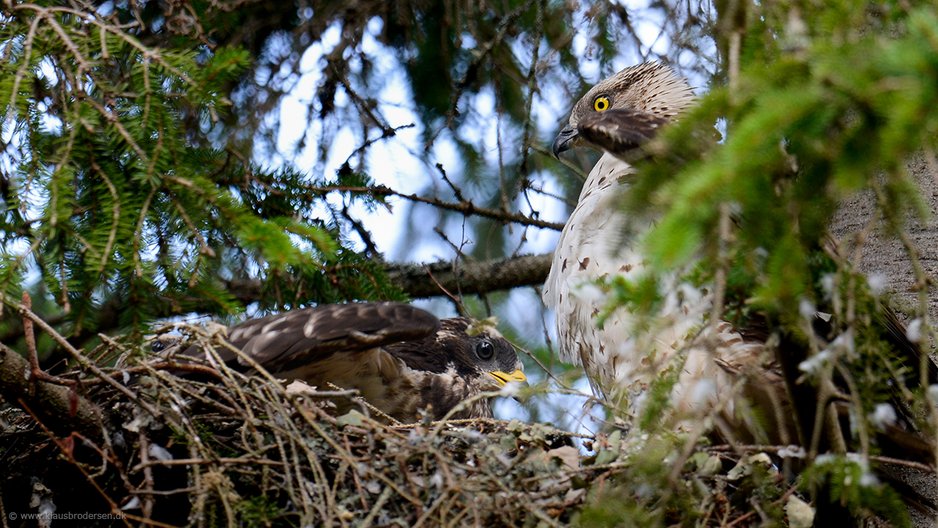 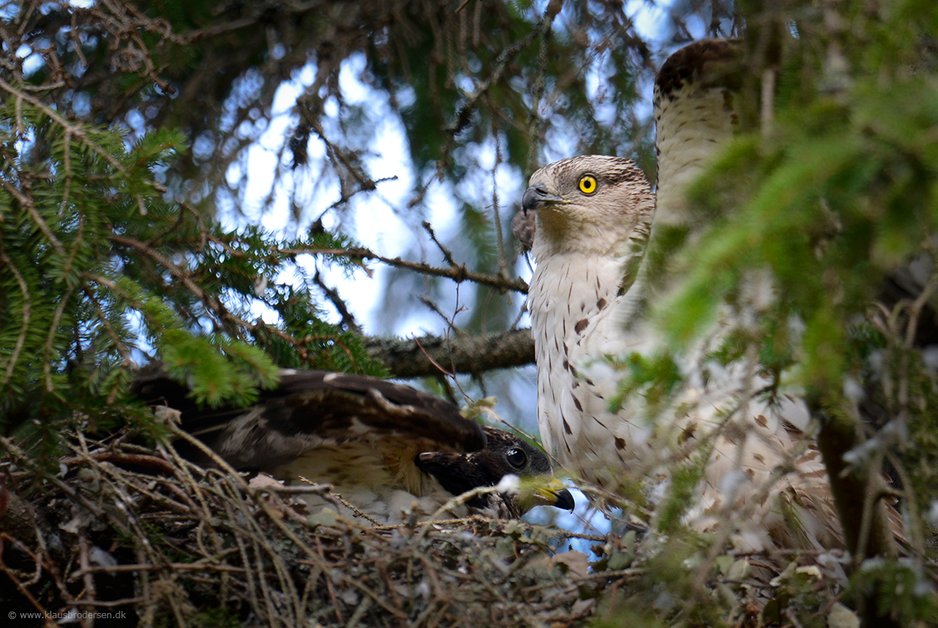 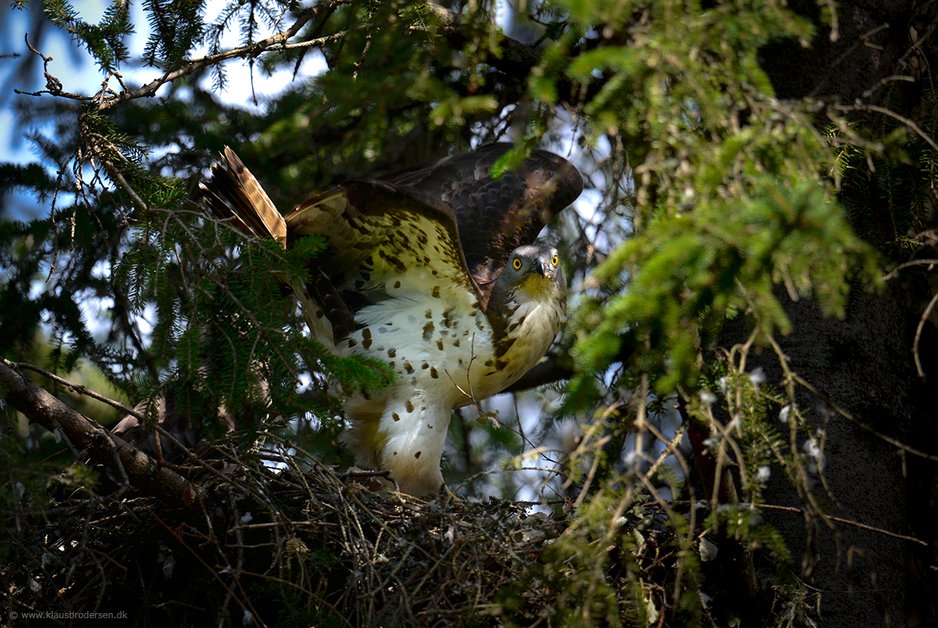 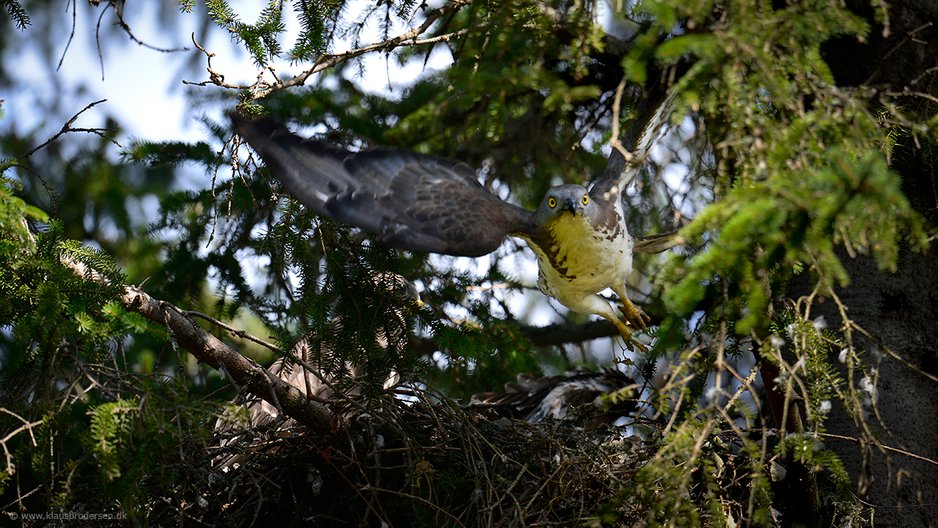 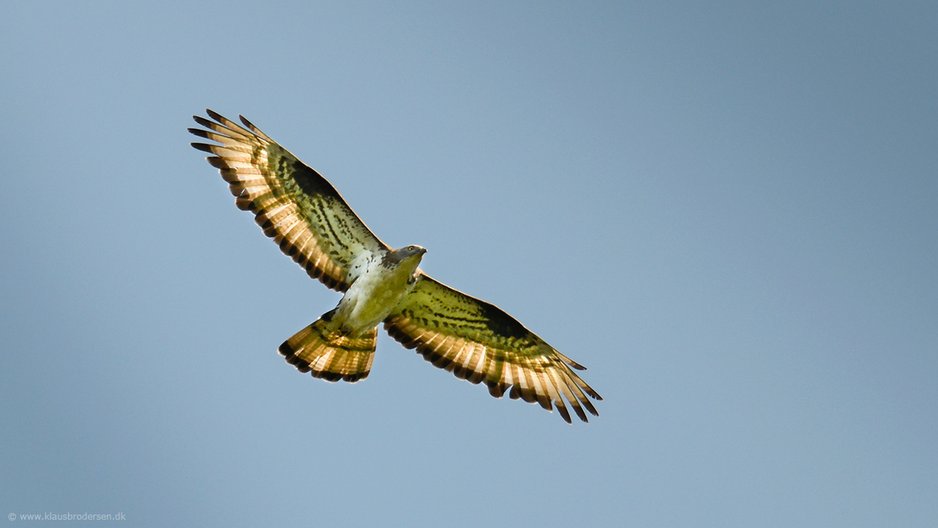